If you have an interest in assistive technology, as a person with a disability, a family member, a professional service provider, an inventor or just someone who wants to make the world a better place, please join the ATS community and contribute to making assistive technology more readily available and increasing the independence and quality of life of the people who use it.

Assisitive Technology Solutions (ATS) has been a long standing dream of Jerry Weisman. The ATS idea

of providing engineering information and instructions to fabricate assistive technology devices locally predates the establishment of the Internet and has its genesis in the very successful Heath kits and the kinds of instructions found for woodworkers in magazines like Woodsmith.

Jerry has contributed significantly to the development of the field of rehabilitation engineering and assistive technology. He has been a member of the Rehabilitation Engineering and Assistive Technology Society of North America (RESNA) since 1982 and is presently the Immediate Past President. Previously, he served in many positions of leadership including President, Secretary, a member of the Board of Directors and Executive Committee, Chair of the Professional Specialty Groups and Chair of the Rehabilitation Engineering Professional Specialty Group. It has been in the latter position that Jerry contributed to the effort to establish credentialing for rehabilitation engineers and rehabilitation technologists as part of RESNA’s Quality Assurance and Credentialing effort.

Jerry contributed to the development of the Technology-Related Assistance for People with Disabilities Act (Tech Act). He testified before the congressional committee in support of the Act and in support of the need for rehabilitation engineering and assistive technology services. He was instrumental in writing the Vermont Assistive Technology Project proposal that was originally awarded a grant under the Tech Act and directed a sub-contract providing assistive technology services to Vermonters. 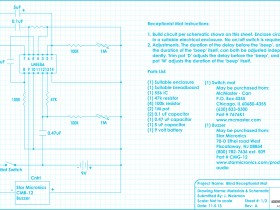 Ideal for the visually impaired, this mat is used to signal the presence of a visitor. Placed directly on the floor or under existing carpet, the attached alert box will … 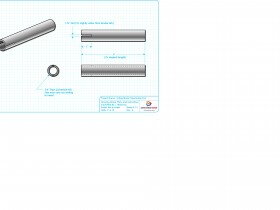 This tool provides the additional leverage that is often needed for a person with limited hand dexterity to open a three-ring binder. … 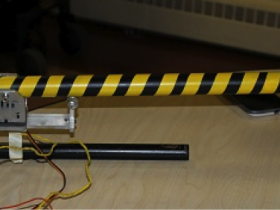 People with Multiple Sclerosis (MS) experience loss of mobility to varying degrees. Performing activities that require reaching out is difficult for people with limited mobility in one or both arms, …